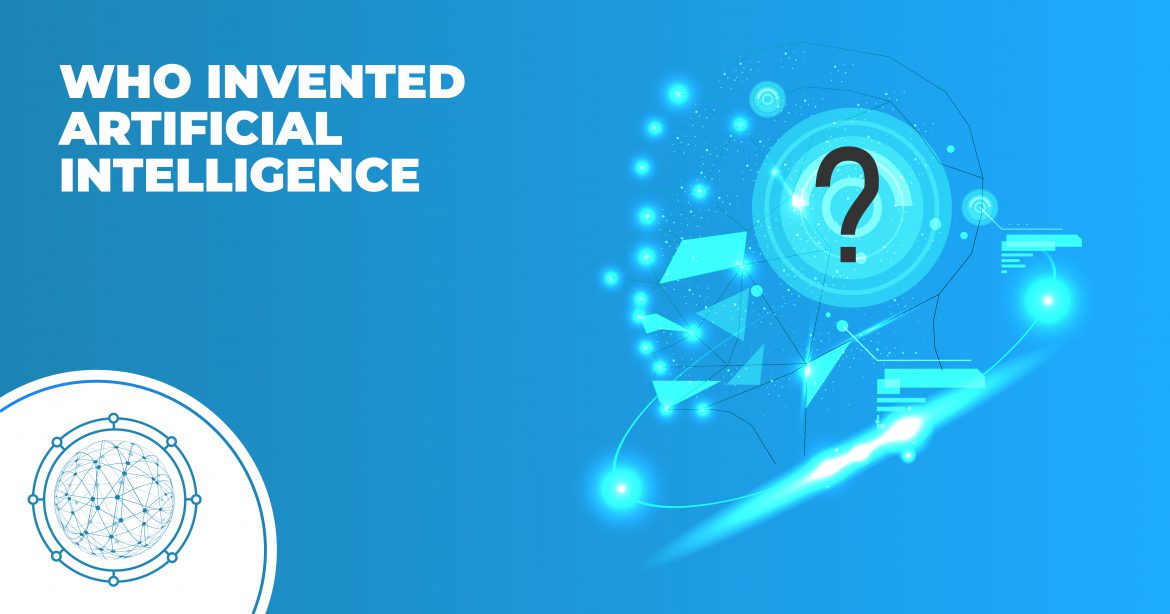 Introduction to the Ancient History of Artificial Intelligence

The world of Artificial intelligence is not a new concept for researchers. This technology has been discovered and is constantly being developed for an unimaginably long period. There are still some myths found that give hints of Mechanical men in Ancient Greek and Egypt. The answer to a frequently asked question of who invented Artificial intelligence is very broad, as many people contributed to the invention and timely success.

It goes back to the classic philosophers who attempted to portray human thinking as a symbolic system. A system that can mimic the human brain and thought system.  The term “Artificial intelligence” was not coined until 1956, at a conference at Dartmouth College where it was formally announced.

Artificial intelligence was created with an intent to help humanity as a helper that can “think”. This thinking process of the machine is intended to provide vast and useful functions. The field shows potential in every field. Though the progress in this field has shown the least potential in the last century, it is estimated that every computer will work on artificial intelligence by the next two decades.

A lot of development has been made in artificial intelligence throughout time. New systems emerged from the early 1900s, but it was not until 1929 that a major system came up from Japan which created waves around the world. Japanese biologist and a professor named Makoto Nishimura created a robot Gakutensoku. It was said to be the first robot which implied that it’s artificially driven mind could grasp knowledge from people and surroundings and respond accordingly.

Its features like moving its head and changing the facial expressions were a ground-breaking success that shaped the way of how AI is being used today. Thousands of questions arose, Who Invented Artificial Intelligence? Is it human independent? How will it work? How does it work?

Later in 1950, Alan Turing published his book “Computing Machinery and Intelligence” which answered many critical answers. In his writing he proposed the idea of The Imitation Game, supporting the fact that machines can think. The now known “Turing Test” has become an important component in the philosophy of Artificial intelligence, which focuses on the ability of machines to predict and respond in a human-like manner.

Where was Artificial Intelligence invented?

The entire concept of artificial intelligence was implemented in 1956 at a conference held at the Dartmouth Summer Research Project on Artificial Intelligence. The logic theorist is considered to be the first system to incorporate AI to the fullest. Many scientists had been working relentlessly to bring machines to “life”. Turing’s machine was the first to prove that an algorithm can provide a useful and efficient output based on input which may be ambiguous. But the artificial intelligence was recognized and worked on by John McCarthy and his colleagues.

When did AI begin?

After that in 1964, MIT professor Joseph Weizenbaum developed a chatbot that had the function of having conversations with humans. The first human-like robot or “electronic person” was put forward by some scientists at Stanford University. And this is how the era of artificial intelligence began with the last forms as virtual assistants or complex machine learning algorithms which are now seen in the 21st century.

Who is the father of Artificial Intelligence?

His research was actually to use artificial intelligence in a way that the machine thinks and acts like humans, providing a different and changing environment. His contributions in this field are worth mentioning as he took a whole new perspective in artificial intelligence, mainly focusing on learning algorithms and the computational capacity of the learning algorithms. This helped in increasing the research in developing powerful algorithms for learning the environment.

The main idea of artificial intelligence arose when humans invented machines to do their work for them. To make that work more efficient and more automated, the pure idea of artificial intelligence arose. The very first machines performed simpler tasks and were operated by humans. As technology advanced, the need for automation became a daydream for humans. Since the 1950s, this daydream was thought to be a fantasy. But with the advancements and the ideas put forward by Turning, allowed this dream to take a practical form.

Allen Turing designed a machine that would take an input, after that, working on an algorithm, provided with the output for the environment or input provided using that algorithm. This expanded the artificial intelligence field in a way that it was now believed that machines could be invented which were automated enough to work on algorithms and provide an output based on the input and not just a binary output.

Different automated machines were then invented in the 1970s but no fully automated machine with learning capabilities was created. At the start of the 21st century, John McCarthy is considered the one who invented artificial intelligence which opened up new ways for science to progress into the field of machine learning, resulting in research that aims for a fully self-sustainable artificial intelligence.

Did you find interesting “Who invented Artificial Intelligence?”?

The Rise of Artificial Intelligence

What is machine learning?