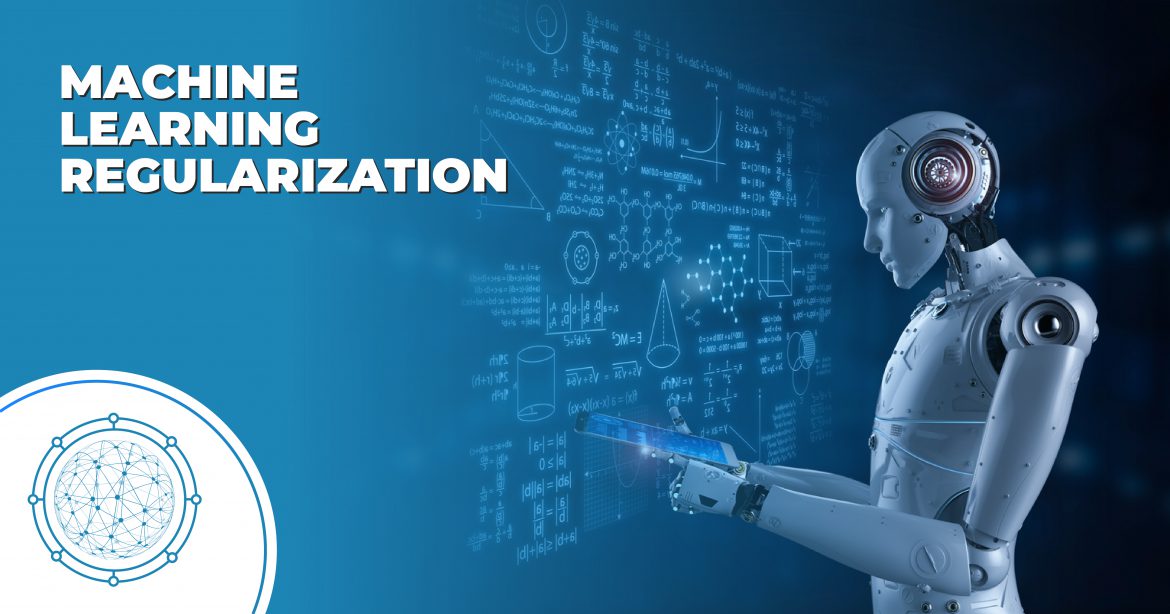 Have you ever experienced a scenario where the training data are incredibly well modeled by the machine learning algorithm but do not function well on the test data, i.e., were not able to predict test data? In Machine Learning, this condition can be dealt with by regularization. We were speaking about What is Machine Learning.

Overfitting occurs when a model learns to such a degree that it adversely affects the ability of our model to generalize new unseen data from our training data to the very real trend and noise from the training data. We say the meaningless information or randomness of a dataset by noise.

To boost the efficiency of our machine learning model, preventing overfitting is very critical.

What is regularization in machine learning?

To minimize the modified loss function, machine learning regularization techniques are used to calibrate the coefficients of multi-linear regression model determination (a component added to the least-squares method). The idea is mainly to compensate for the lack of the regression model using the penalty measured as a result of changing coefficients depending on various techniques of regularization.

Overfitting is a process where, instead of studying universally applicable concepts, a neural network begins to memories particular quirks of training data (e.g., training data noise). A model that has “overfit” will produce excellent results on the training data but low performance on the held-out test data, suggesting the model will not be helpful in the actual world, and it will not do well on data that it has never seen before. Since the entire point of the neural network models is to solve complex problems with new data, we want to prevent overfitting so that we have a model that is useful in the real world.

What is the Use of regularization in machine learning?

Following are some major uses of regularization in machine learning:

This is a method to minimize the model’s complexity by penalizing the loss function to overcome overfitting.

Specifically, “lasso” regularization aims to compel any of the weights to be zero in the system.

One weight correlates to one variable in regression, so lasso regularization will actually “zero out” a few input variables by “zeroing out” the equivalent weight (using an L1 penalty).

What are regularization techniques?

Machine learning Regularization is a strategy used to minimize errors by properly fitting the feature on the training set supplied and preventing overfitting.

The techniques of regularization that are widely used are:

Regularization of L1 and L2

The next challenge is to settle on the type of regularizing in a model one would require. In somewhat different ways, the two forms of regularizes run. If we are interested in fitting a linear model with fewer variables, L1 is generally chosen. Due to the form of the restriction, which is an absolute value, L1 tends to allow the coefficients of the variables to go towards zero.

When evaluating a categorical variable of several stages, L1 is also useful. L1 will have all of the variable/feature weights go to 0, leaving just the significant weights in the model. In function collection, this also helps. L2 does not support zero-convergence but is likely to get them closer to zero and avoid overfitting. Ridge or L2 is helpful because, as in the case of genomic data, there are a huge number of variables for comparatively smaller data samples.

Dropout is a method of periodization used in neural networks. It stops other neurons from complex co-adaptations. Completely related layers in neural nets are more likely to overfit training results. You can drop connections with a 1-p probability for each specified layer by using Dropout. Where p is called, hold the likelihood parameter, which needs to be tuned.

With Dropout, when fallen out neurons are left out after the training iteration, you are left with a decreased network. By avoiding training all the neurons on the full training data in one go, Dropout prevents overfitting. It also increases the speed of training and learns more stable internal functions that generalize on unseen data better. However, it is important to remember that relative to training without Dropout, Dropout takes more cycles to practice (If you have 100 observations in your training data, then using 100 examples for training is considered as 1 epoch).

Along with Dropout and using L1 and L2 criteria, neural networks can be regularized.

Why are these techniques applied?

A linear regression model consisting of a large number of characteristics also suffers from any of the following:

The above problem makes it difficult to come up with a robust enough model with better precision on unseen data.

One of the methods of machine learning regularization is to be introduced or enforced to take care of the above issues.

When are the Machine Learning Regularization techniques applied?

Once the regression model is developed and one of the following signs happens, one of the strategies of machine learning regularization will be applied.

Did you find interesting our article about Machine Learning Regularization? You may be interested in the following articles: